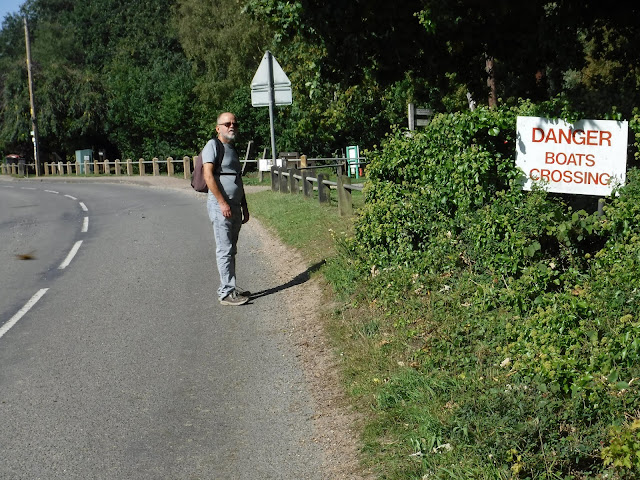 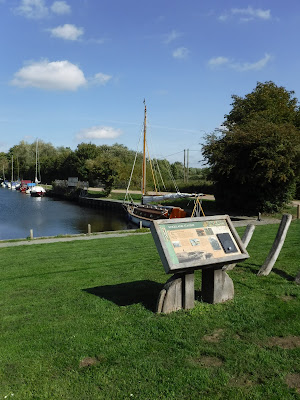 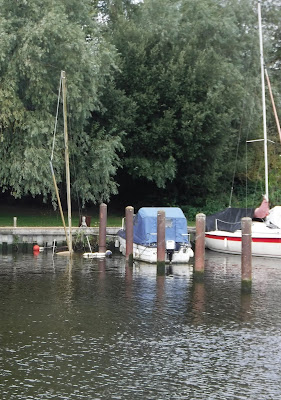 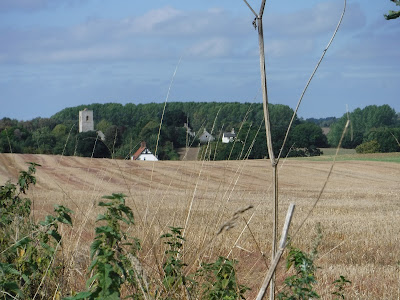 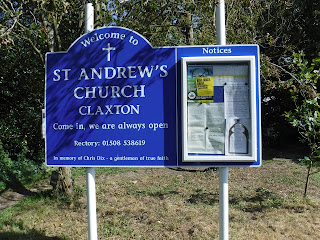 With a warm welcome from Claxton Church  and  The New Inn, Rockland

I recommend both if you are thirsting after righteousness!

Popular posts from this blog

Rescued from the Sea of Chaos This font base was recently rescued from the church of Holy Trinity, Hautbois before the redundant church was handed over to the Guides as an extra building for their Hautbois Activities Centre . As far as I know it's providence is as follows : It had been buried and discovered in the 19th C when the nave of , the now ruined, church of St.Mary (a.k.a. St.Theobald) was being cleared. Historic England record the font in these terms: E arly C12 font base, supporting C19 square bawl. Base carved with entwined winged serpents, divided from the foliated base section by double keel moulding.  I imagine bawl is a typo. What they do not say, although this is true The square 19th Century bowl plunked on top of a wonderful 12th C font base, which still appears to have some of red pigment on the winged serpents, is hideous! To my mind the lower layer of the font base is not so much foliat as waves of the sea, but perhaps I am reading too much into it. In any case, the meaning
Read more

Dragon Hunting at the Viking Exhibition at the Norwich Castle Museum 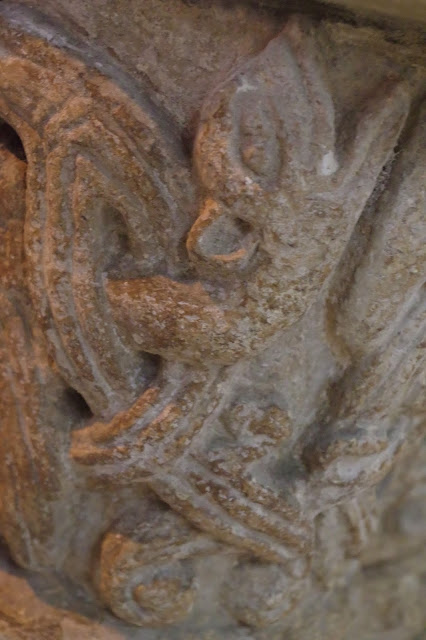 I was looking for clues to give me a better understanding of what I think of as "my Hautbois font-base." Detail from Hautbois font-base. Bingo! I think I got the chap!  He turns up on a grit stone tomb slab from beneath York Minster (YorkM: 1993.713) I imagine that it is on the basis of the next picture that the scene depicted is interpreted as slaying of the dragon Fafnir by Sigurd as recorded in the Volsunga Saga. At this alarm bells should ring!  The Volsunga Saga is late 13th C. The earliest German versions of the story, in which Sigurd is called Siegfried,  begin in 12th C!  A parallel story is told in the Anglo Saxon epic,  Beowulf -  a text that J.R.R. Tolkien argued must have come from the Conversion period, perhaps some date close to 700 C.E.. The York sculptures above are dated to the 10th C. Consequently they pre-date Scandinavian visual depictions of the story from 11th C onward by 100 years and the Volsunga Saga by 300 years. The J
Read more 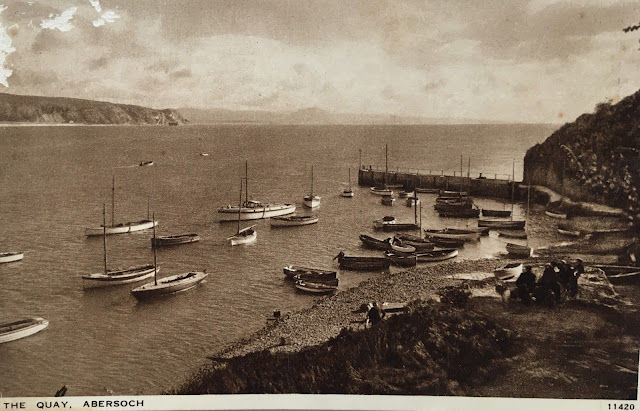 I was in Abersoch, on the Llyn Peninsular, with my mum, her sisters and my cousins. During the Buzz bomb campaign, beginning June 44,  we all lived in that corridor along which the VIs flew towards London. They dropped where ever the fuel ran out. It was best not to be standing underneath. What did you do in the war grandad ?  Built sandcastles.  This photo was marked on the back by my mum. "Abersoch 1944" From left to right, " Val Sharp (her dad was with 8th Army as a medic - Uncle Norman was a dentst);  a stranger is next; then Michael Goodchild,  Caro Morris now Musson, (her dad. Uncle Morris was commanding a Corvette in the Atlantic) ; John Goodchild (I don't know where Uncle Ernest Goodchild was)  and there's me, Richard Woodham. If mum's got the date right, and it is 1944, then I was only 18 months at the time of this pic. My memory is a little hazy. I think Mother and I lived with Aunty Joan Sharp and Val, Aunty Hilly Morris and Caro at
Read more